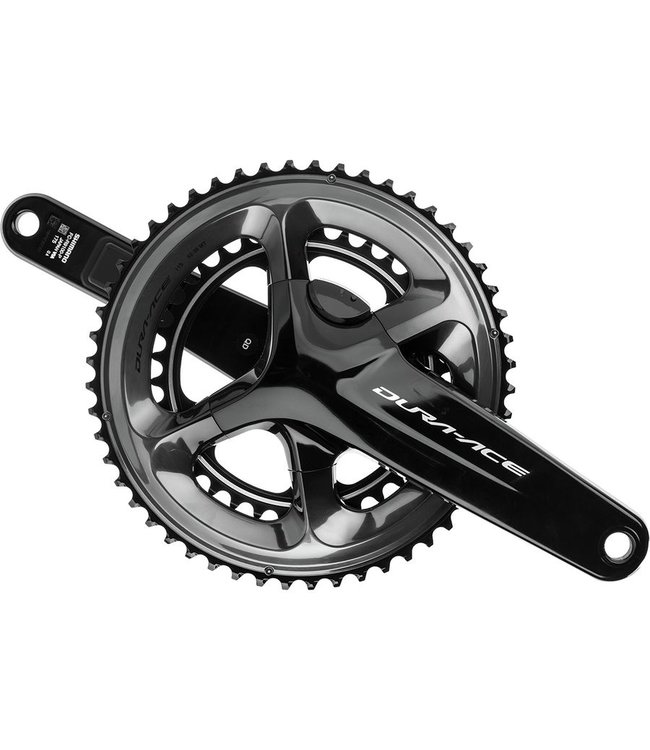 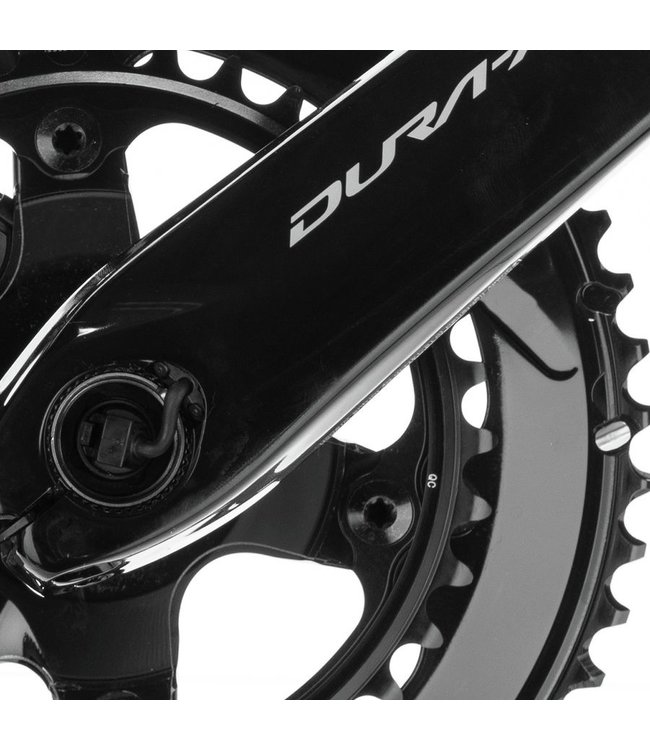 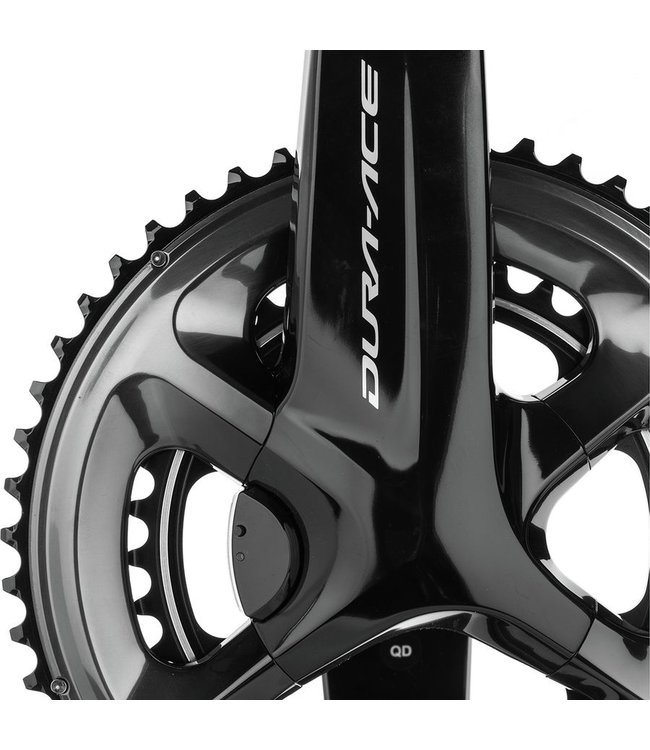 The Shimano FC-R9100-P power meter: The essential performance tool for every cyclist who wants to achieve their true potential. Read more..

Just like death and taxes, you can count on the fact that when Shimano brings something to market, it's well sorted. Few brands throw the engineering horsepower and R&D into its products like the Japanese giant, which can sometimes lead to lag time in response to industry trends, however, it ensures a dialed product that's refined beyond reproach. Products go through countless prototypes, which are exhaustively tortured in the lab and under its group of test riders, mostly made up of recently retired pro racers, flogging the products to try and find a weakness. Only after it passes those initial trials and further refinements does it get used in professional competition under the harshest conditions for guess what, more testing and development. Call it Japanese conservatism, but few can argue with the quality of the products that come out of Osaka. Ultimately, we're the ones who benefit, since these components get scrutinized with more hard mileage and abuse than we could ever dish out. We've spotted Shimano powermeters in the pro peloton since the launch of the R9100 group in 2017 and we knew we wanted to get our hands on it as soon as it was available for us mere mortals. Now you too can own your very own Dura-Ace FC-R9100-P Power Meter Crankset and take your training and racing to the next level with the riding metrics you want, without having to source a third-party powermeter, or worse yet, a different crankset.

One thing Shimano was quicker to the punch to versus other components manufactures, was electronic shifting. The reliability, precision, and weatherproofing of Di2 still set the standards to which all electronic drivetrains are judged. If you need proof of this, tune into a World Cup 'cross race and watch in amazement as bikes outfitted with Di2 continue to shift and perform flawlessly in absolutely miserable muddy conditions, and hold up to the mechanic's best friend, the pressure washer. So knowing how fluent Shimano is with batteries, motors, and wires, we knew it would hit a home run with a powermeter, especially since it was already using its impressive R9100 crankset as the chassis. We were also excited as it gave us the ability to run a full Shimano drivetrain and not have to farm out the cranks to a third-party, keeping aesthetics and system engineering intact.

Using a powermeter has been a revelation in training over the past 10 or so years. Compared to using a heart rate monitor, wattage as a metric is more specific to the effort and removes many variables that could disrupt proper training on a given ride. Of course, these numbers are only as good as the device they are coming from and knowing the precision that Shimano instills on its premium products, we know the power measurement readings are up to the accuracy that professional cyclists demand. The unit itself is very small with a strain gauge inside the spindle, a couple of sensors on the backside of each crankarm for true dual-sided power reading, and an antenna/charging port sending and receiving Bluetooth LE and ANT+ signals, nestled between two arms of the spider. We like this design because 1) you can easily change rings without having to recalibrate the meter, 2) the sensors are small enough that they have the clearance to not interfere with bottom bracket/chainstay direct mount brakes. The sensors are tied together requiring only one intergraded, Li-ion rechargeable battery to provide roughly 300 hours of use before needing to be recharged. Shimano went to great lengths to develop its own strain gauges for measuring data. Sensors on both arms tie into another gauge safely hidden inside the spindle that quickly detects any resistance and with some math, converts the applied force and velocity into a measurable metric, wattage. Shimano uses software that automatically compensates for temperature and elevation changes, so the reading has the same +/- 2-percent accuracy in your driveway at the start of a chilly ride in the fall as it does on the top of Pike's Peak in the summer.

With the inclusion of the FC-9100 crank, you have the option of purchasing the powermeter with either compact, mid-compact, or standard rings, all on the same spider, with the benefit of running the included genuine Shimano rings. The other big plus is the ability to match the aesthetic with the rest of the group and honestly, if you're not looking for the powermeter, it's very stealthy and almost invisible. If you find yourself traveling or racing in a different location than usual and a chainring swap for different gearing is in order, the crankset's spider and powermeter are happy to accommodate different rings. Additionally, the four-arm spider adds rigidity while shaving grams. Like previous incarnations of Dura-Ace, you'll find the continuation of Shimano's Hollowtech construction. This much-lauded manufacturing technology allows for hollow arms for weight reduction without sacrificing Dura-Ace's superior strength and rigidity.

By using a crankset that's an integral design of the entire group, you'll enjoy other Shimano technologies as well. Hollowtech II allows for the 24mm hollow spindle that houses a strain gauge as well as a wider bottom bracket stance for improved stiffness and durability. A Hollowglide outer chainring saves weight while improving stiffness significantly improving front shifting, especially with the strong motors in electronic front derailleurs. Not many cranksets on the market, carbon fiber or otherwise, can touch the stiffness to weight ratio of the FC-9100 crankset.

0 stars based on 0 reviews

0 stars based on 0 reviews

Add your review
By using our website, you agree to the use of cookies. These cookies help us understand how customers arrive at and use our site and help us make improvements. Hide this message More on cookies »
Valet Service Available
Click and Collect
Our Customers and Staff Safety is our top priority
Online Support